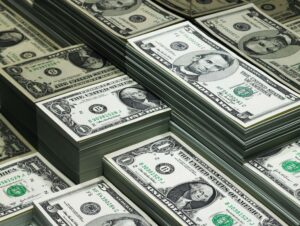 Women aren’t bad with money, nor are they ignorant of their financial situation. But there is a worrying trend among divorcing women regarding their finances.

Recently, I came across an article written for the IDFA magazine Divorce Financial Analyst Journal by Stacy Francis, CFP, CDFA, CES. The article, entitled “Unveiling the Unspoken Truth: Study Shows the Financial Challenges Women Face During and After Divorce” shows several worrying trends among divorcing women regarding their finances.

The women surveyed for the study had already been through a divorce. They were asked various questions about their biggest worries when divorcing, their knowledge of their finances, what they would have done differently, and other related questions.

In the next section, I’m going to summarize some of the main points from the study and give an idea of the overall trend the researchers were seeing.

Women control $14 trillion (51%) of personal wealth in the US and were estimated to control $22 trillion by this year, 2020. Which makes it sound like us ladies are doing pretty well. #feminism.

However, money was women’s #1 worry when getting divorced, even above their children. The reason: they were scared that they wouldn’t be able to provide for their children financially after the divorce.

Additionally, many of the women surveyed cite their husband’s spending habits as a common concern about money during their marriage or even as the reason for the divorce.

After divorce, the average women’s income falls by more than a fifth, meaning their income would need to increase by 30% in order to maintain the same standard of living.

There are similar worrying trends when talking about investments. And sadly, 15% of women did not understand their financial situation enough to know if they should be worried about it, and 11% had no idea if they were saving enough.

That’s a lot to unpack, folks.

So how did it get to this point? Why did these women lack the knowledge about their finances to even know what to ask for during their divorce? Why are women suffering financial hardship when it could be prevented?

Francis lists five common mistakes women make during their divorce that can ultimately lead to the unfortunate financial outcomes we just talked about:

Of course, in some cases, especially in financially abusive marriages, women may not have access to their financial information, which can also be an issue. If that is you, finding professional, legal and financial help for your divorce is crucial.

Beyond that, these mistakes are avoidable with the right help.

Of the women surveyed in the study, the solution to these problems boiled down to wishing they had found the right professional support.

Mediation was also identified as a “hindsight is 20-20” decision. Studies have shown that using mediation rather than litigation can shorten the length of the divorce process. It can also save money and some of the emotional labor associated with a lengthy divorce.

Overall, I think women considering divorce can look at this study as a sort of advice column. The women in this study went through the process and, unfortunately, suffered unnecessary financial consequences.

However, being aware is the first step in making smart decisions as you move forward with your own divorce. Seek out professional help, try to be involved in your family finances so you understand the basics, and always know that you are not alone.

Let your divorce empower you to move forward towards the most financially and emotionally fulfilling future possible.

Categories: Blog and Blogs by Our Staff | Tags: divorce, divorce finance, and women in divorce
This entry was posted on Tuesday, August 11th, 2020 at 12:42 pm. You can skip to the end and leave a response. Pinging is currently not allowed.

One Response to “ Women and Divorce Finances ”