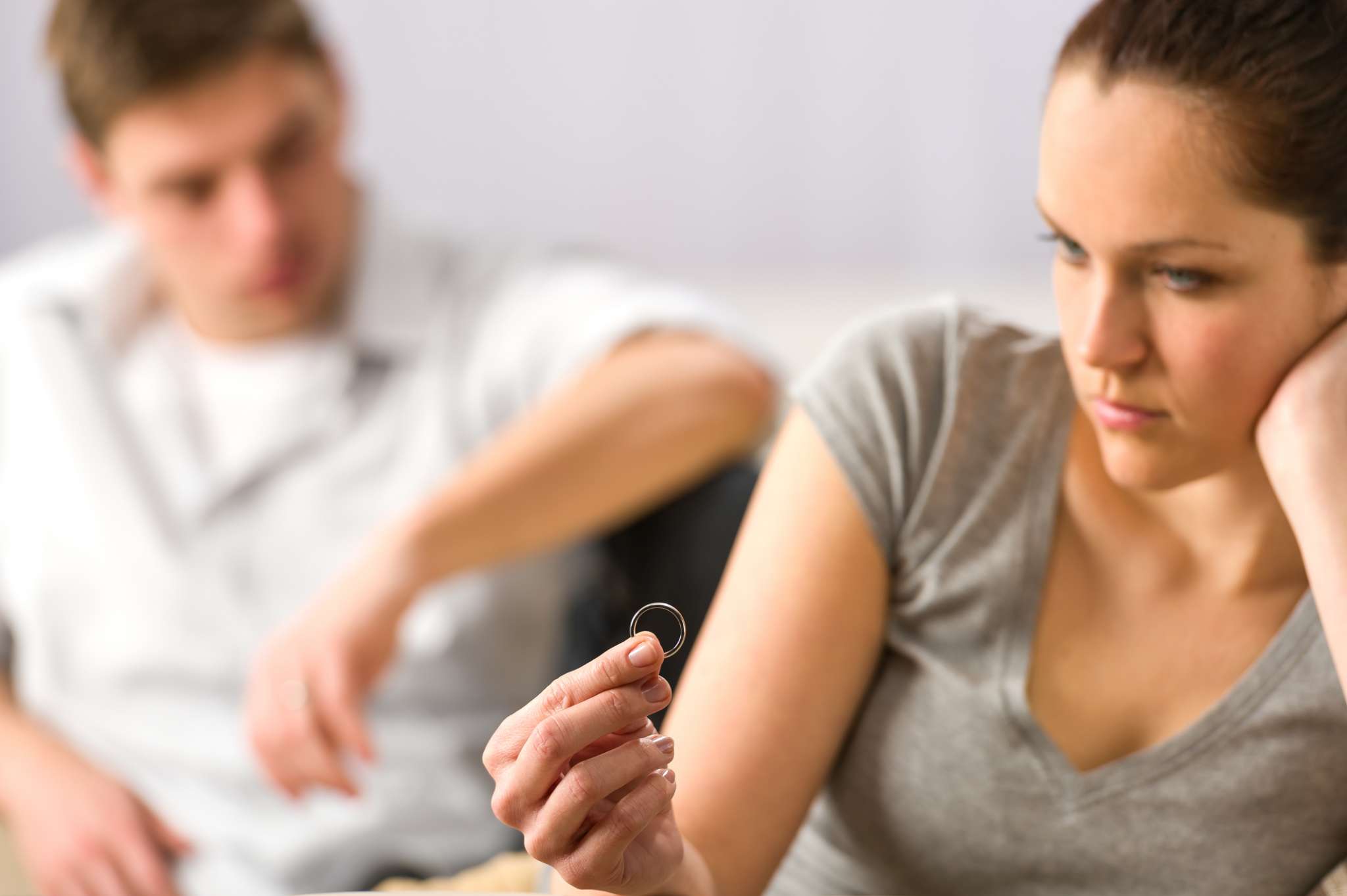 Follows is a list of the #1 reasons people seek divorce.

Marriages typically do not end overnight. Often times couples know they have a problem and will spend a few years trying to recreate the magic they once had together. The decision of divorce is not made lightly, and each couple has their own reason for divorce. Below I have identified the most common reasons couples have chosen the path to divorce. Can you relate to one or more of these reasons?

The couple married for the wrong reason:

Did you marry for money? Lust? Or the fear of becoming an old maid. Did your parents push you into marrying so that you wouldn’t end up lonely? All your friends were marrying, so why not? These are all terrible reasons for marrying, and may not be enough to get you through the difficult times. You may have thought married life would be wonderful, but come to find out a great deal of work and compromise is part of the marriage package. These unrealistic expectations are sure to doom a marriage.

Not only are you married, but you are also business partners in that marriage. A couple who cannot make financial decisions together will ultimately put stress on a marriage. Different spending habits and saving could lead to anger and resentment. Often times one partner will lie about their finances and spending habits that puts a couple into debt that cannot be resolved. Loss of a job can increase the financial stress placed on a marriage. If one spouse is out of work for an extended period time it could lead to resentment of that spouse.

Not Having the same Goals:

He wants acres of land and a big farm, and she wants to live in the suburbs. He wants lots of kids, but she wants her career. If you didn’t talk about these things before getting married, they can surely create disagreements in the marriage. Sometimes, one spouse will give in to another hoping to save the marriage, but often times that is only a short fix for a bigger problem.

An Issue with Trust:

Trust is considered the glue that holds a marriage together, but if that glue is water soluble, the marriage is most likely going to fall apart. Trust is unconditional. If you are constantly suspicious of your spouse, or doubt their fidelity, the bond is easily broken.

The Lack of Communication:

Do you find you hear your spouse talking, but you’re not listening to what’s being said? Do you need to vent about your day, or talk about the bills, or your family with your spouse but they are not willing to sit down and talk. The lack of communication in a marriage could lead to an unhappy, and unhealthy relationship.

The Inability to Resolve Conflict:

As conflict arises in a marriage, it should be handled in a way that both parties are content with the chosen resolution. Often times though, conflicts go unresolved. Feelings are bottled up, and begin to fester. This can lead to an enormous explosion of conflict that is too great to resolve.

Loss of individuality, or you grew apart:

Both ends of the spectrum can lead a couple down the divorce aisle. Couples who are extremely close and do everything together look like such a great couple. I’m sure that is true for many, but occasionally one spouse may feel a loss of identity. They do not have friends or hobbies outside of the relationship and end up feeling smothered. In contrast, as couples grow older, they begin to grow apart. They spend more time with their own job, and friends. One spouse might continue their education, and stay on top of world events, while the other continues in same job, wearing the same clothes, year after year after year. Alcohol and drug abuse not present in earlier years may become more pronounced, creating a change in the dynamics of the couple, and their ability to get along. Couples who do not grow together ultimately will end up apart.

A very coming reason for divorce is cheating on one’s spouse. Infidelity stirs up feelings of distrust, inadequacy, and betrayal. Many underlying factors such as those mentioned above lead to infidelity. Although a couple may realize the problems that lead to the cheating, it does not mean they will be able to repair the relationship and avoid divorce.

Did you identify with one or more of the reasons listed above? Did you divorce your spouse for a reason other than I mentioned above? If so, I would love to hear your story.

Categories: Blog | Tags: divorce, divorce law, and marriage
This entry was posted on Friday, July 29th, 2016 at 11:33 am. You can skip to the end and leave a response. Pinging is currently not allowed.